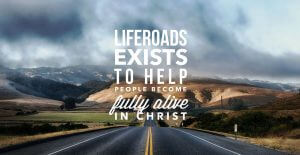 The Glory of God is man fully alive. — St. Irenaeus

There is a difference between living and being fully alive. In fact, in the Bible the difference really stands out when you look at the language the Bible was originally written in – Greek. Here are two of the original Greek words in the Bible that describe life. One isBios and it describes something that is biologically alive. Something that is living and breathing has Bios life. The second word is the word Zoe. Zoe describes something that has a vital, eternal life. It’s the kind of life that people only get when they are properly related to their Creator. In fact Jesus, himself said that he actually came to earth so that people could have this kind of life.

Our church exists for the purpose of making this life known to people by helping them begin a relationship with Jesus and then helping them grow fully into this life through that same relationship. We believe that our ultimate joy comes from this “Zoe” life. We were made for this kind of life! Psalm 16:11 “You make known to me the path of life; in your presence there is fullness of joy; at your right hand are pleasures forevermore.”

“…what man, in his natural condition, has not got, is Spiritual life the higher and different sort of life that exists in God. We use the same word life for both: but if you thought that both must therefore be the same sort of thing, that would be like thinking that the ‘greatness’ of space and the ‘greatness’ of God were the same sort of greatness. In reality, the difference between Biological life and Spiritual life is so important that I am going to give them two distinct names. The Biological sort which comes to us through Nature, and which (like everything else in Nature) is always tending to run down and decay so that it can only be kept up by incessant subsidies from Nature in the form of air, water, food, etc., is Bios. The Spiritual life which is in God from all eternity, and which made the whole natural universe, is Zoe. Bios has, to be sure, a certain shadowy or symbolic resemblance to Zoe: but only the sort of resemblance there is between a photo and a place, or a statue and a man. A man who changed from having Bios to having Zoe would have gone through as big a change as a statue which changed from being a carved stone to being a real man.

And that is precisely what Christianity is about. This world is a great sculptor’s shop. We are the statues and there is a rumour going round the shop that some of us are some day going to come to life.” — CS Lewis, “Mere Christianity”